I know… as far as clichéd headings are concerned; this one takes the
trophy. But still, what I’m about to write, can’t be written under anything
else.
Anyway… Enough of explaining myself; now here’s what I want to talk
about. We all have a life debt to our parents, right? But if one just sits
and thinks about it; what has your parents done for you that you’re most
thankful for? Is it all the clothes they bought? All the food they fed you?
I mean that’s what parents do, right? But, just think about it; all those
years you’ve been alive, what is the single act or gesture that you think
defines your entire life?

I know… I’m in that gibberish zone again. But anyway. Let’s get to the
point. I’m bombarding you with these questions because, I think there
is something that my father has done for me, for which I’m indebted to
him, forever. If I think more closely I can certainly say, that one act has
defined me… shaped me into the person I am today.
I was in 4th or maybe 5th grade. An ever so dreamy kid, fan of Tintin
(Georges Remi) and Kakababu Stories (Sunil Gangopadhdhyay).
Among the stories, my favourite ones were those of the treasure hunts;
like Vijaynagarer Heere, Mishor Rohosyo, also Red Rackham’s Treasure
and Prisoners’ of Sun. So for me Searching and finding adventures in
every corner of my house and school building was an everyday affair.
Now, I had a friend named ‘Nilimesh’. One day, in class I saw him
drawing something on the back of his notebook. I was curious and
when I asked him about it, he told me it was a treasure map!
I WAS EXCITED !!! AND EUPHORIC !!!

And then I saw he was drawing treasure maps on the back of
everyone’s notebook. I mean everyone had a treasure map on the back
of their Notebooks except for me !!!
I almost begged him to draw one for me, and he did. That day I came
back home jumping in joy and smiling. I had a treasure map! I’m going
for a treasure hunt! I’m going to unearth golds and jewels and who the
hell knows what else! But, the way the map is drawn, I can’t go alone. I
need help in big way. I need my father’s help.
It was a Saturday. I was home by 10.30 and freshened up by 11.30. I
went to my father and told him I have a treasure map. He asked me to
show it to him. I did. He observed it for quite a while and then said;
-“Okay, tomorrow is Sunday, we will go together in the afternoon to
hunt for the treasure.”

I counldn’t sleep that night! I took out all my books from my school bag
and stuffed it with important things, like a flashlight, ropes (who knows
where do I have to climb?), mosquito repellents, gloves and many
other things I don’t remember. I was unable to find a shovel. Which I
needed the most, but my father told me;

-“We will make do; there are many tools in the car!”

So, on the next day, we went out. Me, Father and Our Cook, Rabida.
(Father told me Rabida knows the area where we are going.) So, after
a very short drive, we ended up in a rather ghastly looking North
Kolkata neighbourhood. This is where the map had led us. But I was
heartbroken. There were no ruins, and specially no ‘X’ to mark the
spot. But my father was much more optimistic. So, we knocked on
almost every doors in that neighbourhood, and asked them

-“Excuse Me, Is there a treasure in your house?”

We are lucky nobody chased us with sticks and brooms. But after
asking door to door I was heartbroken, we came back and sat in the
car. My father said,

-“Ya, these houses are so well maintained, no way there could be
treasures here.”

So, we three came back home after having one Black Current Sundaes
each.
I’m 24 now, all these things that my father did that day, would seem
insane to any one of my age. And my father was 53 then. Yet he
indulged in my imagination and craziness; when most of the kids will
get scolded and marked as batshit crazy, even then. Even I don’t know,
If I’m a parent someday (Gods help me!); will I be able to do the same
for my child? I really don’t know!
I really hope, that day comes, when me and my daughter or son, try to
do something crazy, and fail, so that I can buy her/him an ice cream
and say,

But like I said. This imaginative, crazy, weird individual that I’ve turned
into today; I owe it to him. To my father. And mother and sister also;
because they never resisted us. Now, My father is 66 now, and like all
father-son relationships, we fight. But every time when I’m very angry
with him, someone inside me says;

“Did you went to that treasure hunt alone?” 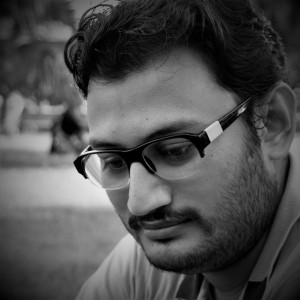